It’s January again and the children will be back at school before we know it.  For those on holidays, I hope everyone is having a great summer break and for those who are not – may you have one soon to re-energise those batteries.

The store is back to it’s normal operating hours of 9:30am to 5:00 pm Monday to Saturday for all your reading needs.
Hope to see you in store soon

After reviewing the store’s opening hours and patronage, we have decided not to open on Sundays in 2018.

We apologise for any inconvenience.

Extinctions
Josephine Wilson
Professor Frederick Lothian, retired engineer, world expert on concrete and connoisseur of modernist design, has quarantined himself from life by moving to a retirement village. His wife, Martha, is dead and his two adult children are lost to him in their own ways. Surrounded and obstructed by the debris of his life – objects he has collected over many years and tells himself he is keeping for his daughter – he is determined to be miserable, but is tired of his existence and of the life he has chosen. When a series of unfortunate incidents forces him and his neighbour, Jan, together, he begins to realise the damage done by the accumulation of a lifetime’s secrets and lies, and to comprehend his own shortcomings.
ABOUT THE AUTHOR:
Josephine Wilson has become the fifth Western Australian writer to take out the top prize. Ms Wilson said: “As a Western Australian writer published by a local publisher, it is often hard to be embraced by the national writing culture. I am honoured to be included with my peers under the name of Miles Franklin.”

It’s that time of the year when Australian independent booksellers have voted for their favourite books of last year and the shortlist has been released.

The twenty shortlisted books will be vying for the top spot as the Indie ‘Book of the Year’ for 2017. Panels of expert judges (all indie booksellers and avid readers) will choose the winners in the five book categories – Fiction, Debut Fiction, Non-Fiction, Children’s and Young Adult. Independent booksellers from around the country will then vote to select their favourite book for the year.

This year’s shortlisted titles are:

The category winners and the overall ‘Book of the Year’ winner will be announced on Monday, 20th March, 2017 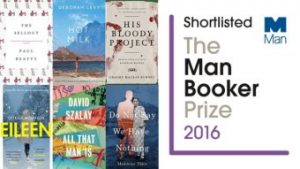 We’re very excited to be hosting the 2016 Bayside Children’s Literary Festival aimed at our local schools which will be held on Thursday 11 August 2016 at Sandy by the Bay, Sandringham Football Club.  We have a great line-up of authors that schools can bring their students to see including  George Ivanoff, Patrick Guest, Ailsa Wild, Alan Brough, Damean Posner, and Leanne Hall. 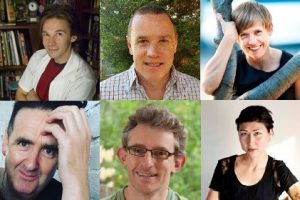 Each session will involve a 45 minute talk and questions session after which the students will be able to have their copies of the author’s books signed.  Students can bring the author’s books from home, pre-order them for collection on the day or purchase them at our pop-up store. 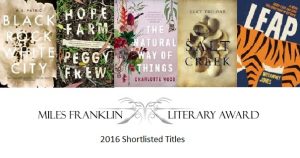 The 2016 short list for the Miles Franklin Award was announced recently with a really diverse range of books from history to immigrants, dystopia, a coming-of-age story and family relationships.  The winner will be announced at the Melbourne Writers Festival on 26th August 2016.

We’re very excited to be joining with Jacqueline Harvey for a special afternoon tea event to celebrate the launch of Alice-Miranda to the Rescue. 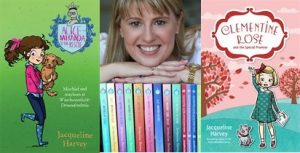 Young fans will enjoy a talk from Jacqueline and answers to their questions, some yummy treats and a drink.  Dress up as your favourite character and win prizes for best in show!

$27 with an Alice-Miranda book or

Our opening hours for the last week before Christmas are:

We will be closed from Saturday 25th December until Monday 28th December inclusive.

Tracey and the staff at Ulysses would like to wish our customers a very Merry Christmas and hope to see you all in 2016.

We are very excited to have been awarded a grant from the $100,000 that author James Patterson has made available to bookstores in Australia and New Zealand to undertake activities to inspire children to read.  As many who visit our store know, I am passionate about having children hear from the authors that write the books they read and the store has hosted children’s authors at many schools around our local area.  With the grant, we are planning to hold a children’s book festival in 2016 in Bayside so that many more children can come and hear their favourite authors or be inspired by an author to try a new book or series.  Many thanks to Random House Australia and James Patterson for this opportunity.